We would like to introduce you to some of our core team members. 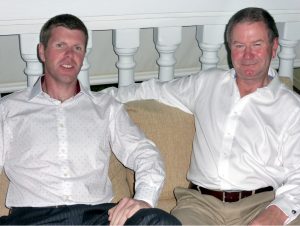 George is the founder of Hydraulic Alliance. After completing his apprenticeship, one of his first projects saw him work on the fabrication of the wings for the Concorde prototype. He has worked at a senior level in a number of leading engineering firms both in the UK and overseas. Notable other projects he has worked on include: Thames Barrier, Channel Tunnel, New Severn Crossing and the Heathrow Airport extension.

Educated originally in Law with both undergraduate and postgraduate degrees, Ben has been a driving force in the development of new markets and opportunities since joining Hydraulic Alliance. Ben specialises in system design and enjoys applying his problem solving skills to improve and enhance system operation. Some of his notable projects include on- and off-shore drilling rig and winch systems.